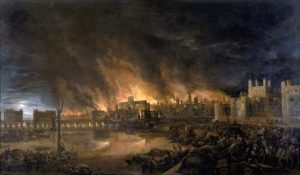 The Great Fire of London

On Sunday 2nd September 2016, London commemorated the 350 year anniversary of the Great Fire of London. The fire itself was significant, due to the remarkable size, and the lack of control held over it. But, the events that occurred at the beginning of September 1666, would also change London as a city. The story […]